More than just a place to sleep

Ostend is centrally located on the Belgian coastline. Besides a harbor, the city also has an airport, two major assets. With its rich history, the city was the favorite bathing resort of the Belgian Royal Family. For many years a ferry service between Ostend and Dover has been operational. The Wellington racetrack, the Belle-Epoque architecture, the harbor, the walkway, the promenade and the Casino Kursaal all contribute to the particular vibe and the mondain character of Ostend.

The original settlement has been completely swallowed by the sea and now rests at about 200 meters in front of the shore. During the 14th and 15th century the city was moved further inland twice. Ostend has long depended on the overseas trade routes with China and India for its prosperity. More recently, the fishing fleet has added to this.

The decisive impulse for accelerated growth was provided by coastal tourism. However, Ostend has always succeeded in keeping urban facilities in balance with the friendly, convivial atmosphere of a small village.

Getaway Ostend, Residence Providence is nicely situated in the Van Iseghemlaan, between the beach, the harbor channel and the ‘Visserskaai’. The Kursaal as well as the lively beaches are within a short walking distance. Residence Providence is a typical example of the Flemish coastal architecture and houses a mix of Deluxe and Superior flats, 49 in total.

You are right in the beating heart of the ‘Queen of the Coastal Cities’. Strolling, shopping, wining, dining… Ostend has it all. Ostend Airport is only a short drive away. There you will find good connections to larger European airports or fly directly to many international destinations.

Within walking distance of our Belgian coast you can find Getaway Ostend. Residence Providence is the third Getaway settlement and is located on the Van Iseghemlaan.
The residence is located above the Ensor museum.
The coastline is connected to the center of Ostend by tram lines. This makes a visit to one of the many tourist attractions, including the Atlantic Wall museum and Fort Napoleon, very easy.

The Getaway reception in Ostend is open every day from 3PM until 8PM.

Learn more about this location and our prices

Our Deluxe flats with a balcony are suitable for parties of 1 up to 3. They offer a maximum of comfort and amenities. All Deluxe flats are equipped with a high quality single bed, a double sofa bed,…

Standardprices can always vary, for the actual price, please check the booking calendar.

All the comfort you need 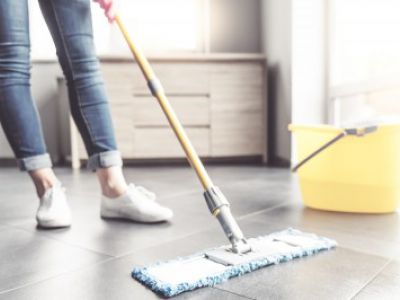 The flats are cleaned once a week. If you want this to happen more frequently, please take in account an extra 15 euro per extra clean-up. 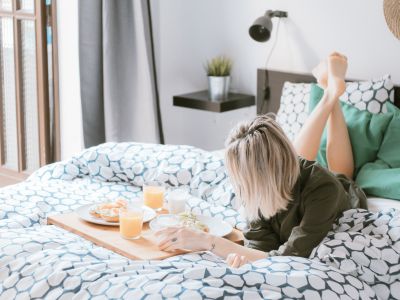 On request and for a modest fee, we offer you the possibility to check out in the afternoon. Extra time for you to enjoy longer and to avoid unnecessary stress.

Towels and bed linen are at your disposal for free and are changed on a weekly base. If you want to change them sooner or more, an extra of 7,50 euro will be charged. 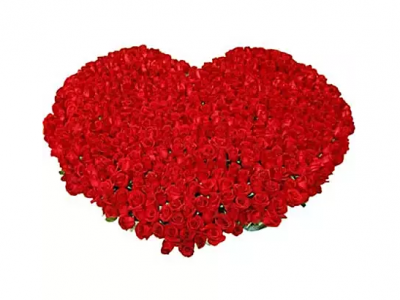 Surprise your partner with a romantic attention: bubbles, rose petals on the bed and a lazy check-out at 1pm 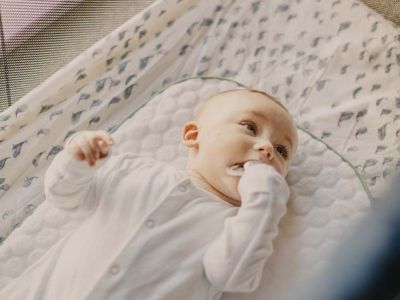 Baby beds are available for our youngest guests at a one-time modest fee of €10.

Where can we park our car?

We don't offer parking ourselves, but there are 3 public parkings in the same street as the hotel. Visit the following website https://www.oostende.be/parkeren for an overview off all parkings in Ostend.

What about bed sheets and towels?

These are all present in the room. The beds are made and the sheets for the sofa bed are in the closet.

Every guest receives a big and a small towel.

Which means of payment do you accept?

At the reception desk you can always pay with cash (euro) or with cards such as Bancontact, Maestro, Visa and Mastercard. You can also pay online via the guest portal.

I would like to check-out but the reception is closed?

Everything is already taken care of. To check-out, just drop your key in the Getaway mailbox on your way out.

Can the rooms be viewed in advance?

They can, but only during office hours and by appointment. Please contact us upfront.

Is there wifi available?

Every flat has a free WiFi connection. You will find the code on the key holder.

Is there an elevator?

Three studios on the seventh floor are only accessible by lift to the sixt floor so the last floor needs to be climbed by stairs.

Do I have to clean the flat when I leave?

No, weekly cleaning is included in the price, but we kindly ask you to do the dishes.

Can I bring a pet?

Sorry, pets are not allowed for hygienic reasons.

What is the occupation capacity of your flats?

What is standard included in the flat?

You can find a complete list of facilities, services and amenities getaway.be/locations/ostend/providence#comfort.

Can I extend my stay?

Of course you can, but only in function of availabilty of the room. If you plan a longer stay, please contact us as soon as possible.

Do you accept group bookings?

Group bookings are possible. From 4 flats on, please contact us upfront.

Is it possible to check-in early?

The reception is open from 3 pm, so check-in is not possible before.

Is it possible to check-in late?

The reception closes at 8 PM every day.

A late night check-in is possible if the payment has been done upfront. The guest will receive all the necessary information.

Is it possible to check-out late?

Check-out is normally before 11 AM. If you want a lazy check-out, the check-out will be delayed until 1 PM.

What if my booking gets cancelled?

No, all of the rooms are equipped with their own little kitchen so our guests can prepare themselves breakfast.

Do the flats have a coffee machine?

There is a kettle and instant coffee present in every flat.

Can I add a crib to my reservation?

We offer cribs for the singular fee of 10 euro.